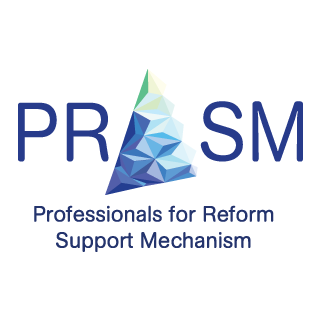 Technically, PRSM is housed under the auspices of the Ukrainian non-governmental organization "Foundation for Support of Reforms in Ukraine" that manages the day-to-day management of PRSM. Management decisions on PRSM, including the approval of reform initiatives and placements, are made by a Governance Committee comprised of representatives of the National Reform Council and donors.

PRSM is a platform for a coordinated response that ensures:

For realizing the above-mentioned purposes PRSM:

At the request of a GoU ministry, the PRSM recruits short to medium-term local Ukrainian experts and specialists, from outside government, to undertake assignments critical to reform within the GoU. The PRSM also pays for limited term salaries of key positions from within the army of volunteers that currently work without pay on reforms across government ministries.

HOW CAN DONORS CONTRIBUTE?

The PRSM welcomes new foreign and domestic capital contributions.  Based on initial demand, funding needs are expected to reach US$12M in its lifetime. This versatile mechanism will be of most interest to those donors seeking a coordinated, highly managed, transparent mechanism to directly and effectively assist the Ukrainian government locate and engage the best HR talent they can to support their respective reform efforts.

Through PRSM, donors may support priority reforms overseen by the NRC through the pooled fund or earmark their funding to support a specific reform initiative within a particular Ministry or Government Agency.

The goal of the project is to provide human resource support to critical reform initiatives undertaken by national governmental agencies via supporting reform initiatives, which that represent a change that can be clearly articulated and measured. The project does not support routine work of the Government of Ukraine that is normally managed by the civil service.

The project is expected to result in improved business climate, increased transparency, efficiency and effectiveness of government decisions.

Learn more about Grant agreement and General conditions appliccable to Grants between the Foundation for Support of Reforms in Ukraine and the Norwegian Ministry of Foreign Affairs.