Export Promotion Office (EPO), an advisory and consultative body to the Ministry of Economic Development and Trade of Ukraine, has issued the report on the results of its activities during August-December 2018.

2018 is a special year for the Export Promotion Office, in particular, due to its transformation into the state agency. That's why apart from summing up the Office's performance during the last four months, the report makes a journey into its history and highlights the progress of the EPO at each stage of its operation.

The Office's results of work for such a short period of its functioning really impresses. For instance, the area of export consulting contributed to more than 240 companies to get services of their export ideas' evaluation and mentorship and to acquire skills of entering international markets. Trade missions of the EPO help exporters win contracts: for example, during the mission to Nigeria 4 companies signed contracts, 3 companies won contracts during the mission to Israel. In addition to this, the Office's educational services became systematic: the initial release of the "Export Revolution in Ukraine" program was launched for the second time. The new educational course was launched for creative industries "Creative export in Ukraine". 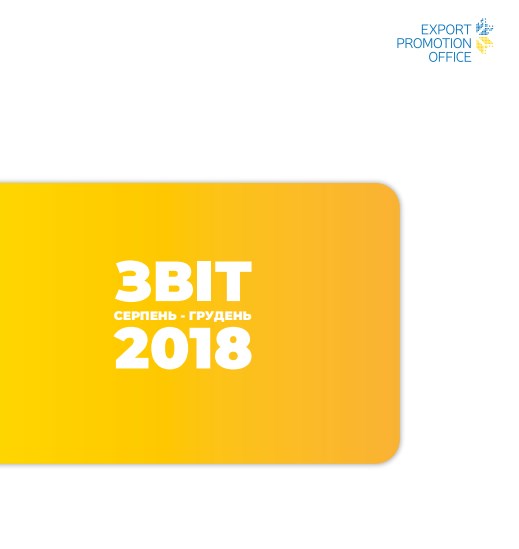